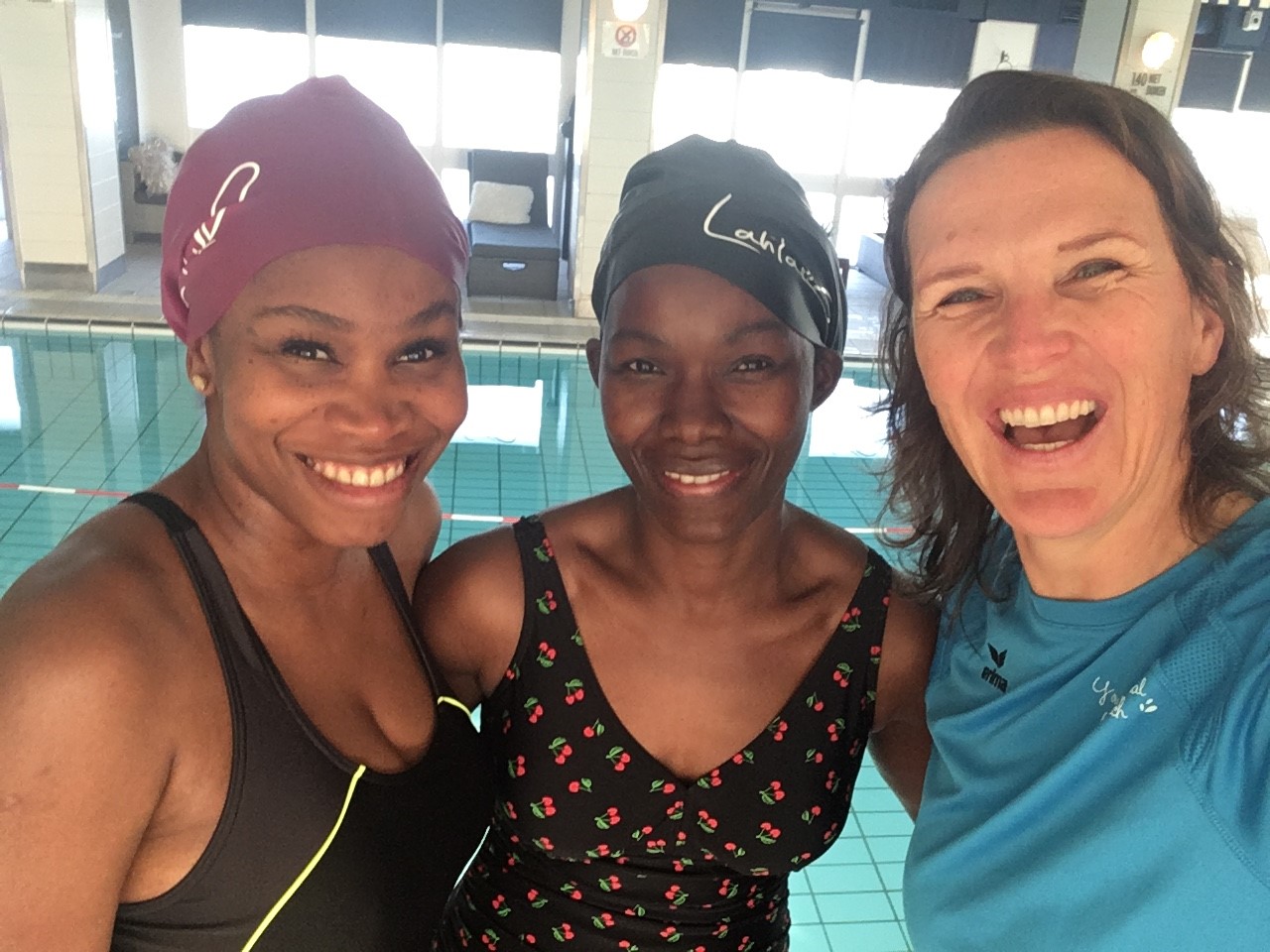 In the Netherlands since:
for ever 🙂

Languages:
Dutch, English, and working  on her Spanish

You can find Christina at:

I grew up near Leiden and, back in those days, it was normal to start swimming lessons at the age of 5; early mornings in an outdoor pool were part of our routine.   Later, at the age of 6 or 7, swimming lessons were provided by school. Sadly, this doesn’t happen in The Netherlands anymore, which is a strange decision in my view. Once I had the A and B diploma in the bag, I turned to sports outside the pool. I played handball in premier league then switched to rowing at an early age. After years of training, I made it to the Junior European Championships.  I finally came back to swimming when I needed an alternative to running, following issues with my back. I never left again!

Years later, while living and working in Kenya as part of my career within the horticulture industry, I began teaching others how to swim. My boyfriend was my first pupil (he is a decent swimmer now) but I also I encouraged local kids to join the pool. That is where I learned that swimming doesn’t come naturally to everyone.

I believe we hold ourselves back with negative thoughts, so if my swimmers tell themselves that they cannot swim, they will prove themselves right. That mindset is universal and is a way for us to protect ourselves but, as a coach, it’s my job to prove that voice inside is wrong! Gradually of course, I never jeopardize safety.  Becoming a confident swimmer is a result of managing the dialogue with that internal voice.  I use a calm tone of voice, an understanding of the science of water and the repetition of exercises, as tools to push my students’ learning in the right direction.

As founder of the school, I am always to be found around one of the pools, so we are bound to meet! I’m most frequently at the Carlton Beach in Scheveningen for private and private elite classes. I’ll also be the person who hands you your diploma at the end of your journey.

You took classes before and   failed or it has been a  very long time ago.

If you can float and swim but are afraid of deep water.

You can swim but are complete exhausted after swimming a short distance.

If you have no issues in  deep water and able to swim more than  200m without getting exhausted.

You want to become fitter and stronger and swimming is your weekly workout.